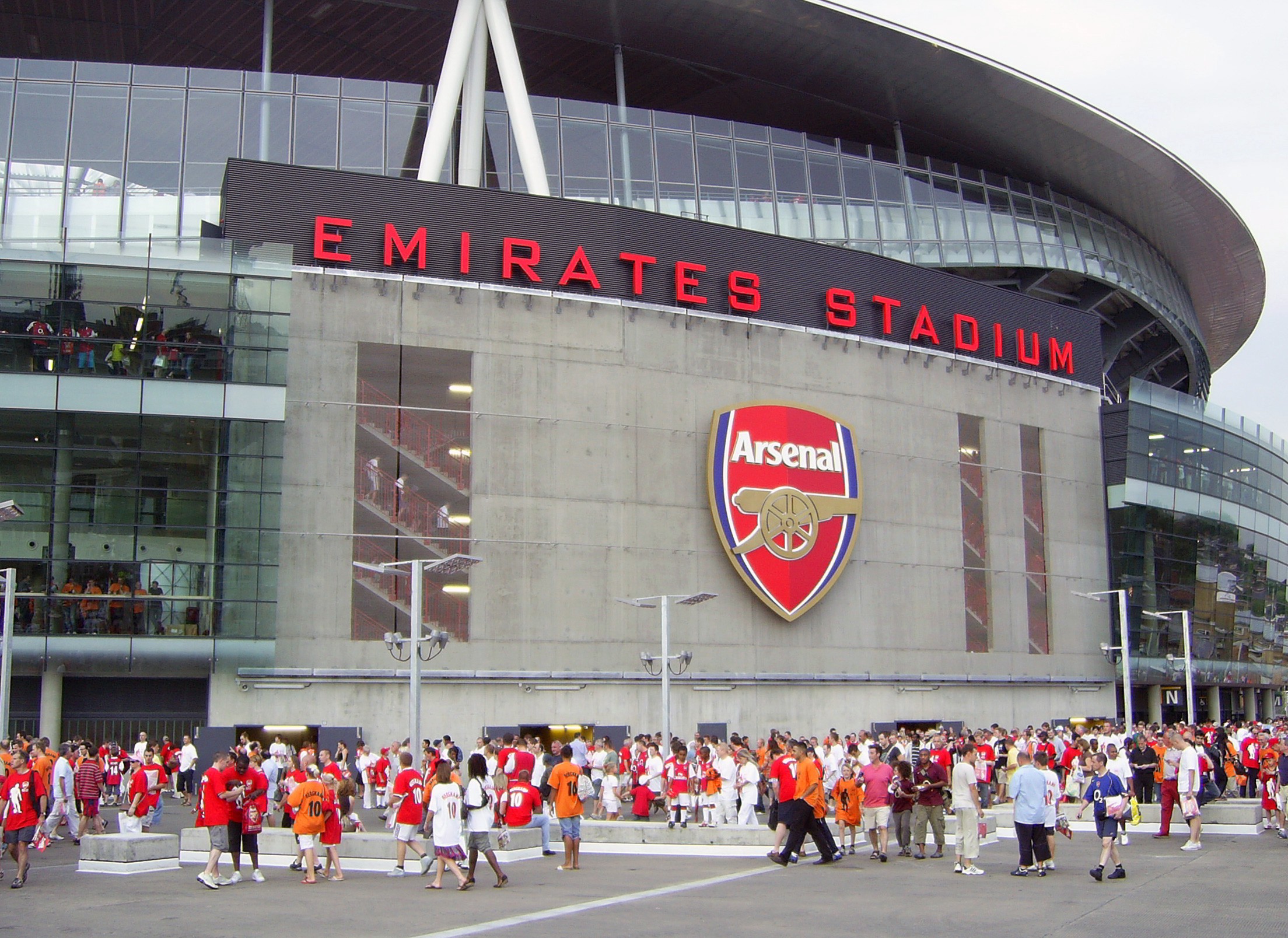 I recently went on a Studio tour at the Emirates stadium. My experience of the entire tour deserves another blog post of its own but the major focus of this one is a simple yet very effective Sales technique that ‘WoW’ed me and made me spend 20£ (an important outcome of a Sales technique)

The entire self-guided tour is divided into different segments taking you through a lot of amazing things. The entire tour is a photo lover’s paradise as there are a lot of amazing places to take pictures. They even stick a “Stand here for the best selfie” sign on the ground encouraging you to take the best picture.

Almost halfway into the tour, we went into a room where we were greeted by a friendly group of guys sitting behind a camera and a laptop. The room also had a huge green screen set up.

One of the guys looked at us and said:

Would you like to take a FREE photo here? The photo will be made into designs like this”

He showed us a folder with 5 photos of a fan in different templates. The templates resembled the photos usually taken by football stars — holding a jersey in front of a crowd, newspaper articles talking about your signing, dressing room jersey pics.

“We can have your photo and name on this one. Just write your name and preferred Jersey number here” he said as he passed on a piece of paper.

Since we were not asked to pay anything, we immediately jumped at this opportunity and wrote the necessary information. We were asked to stand in front of the green screen and got our pictures taken. Not a penny out of our pockets…yet

“Just hand this over at the exit when you leave and you can buy your photos from there. It’s 10£ for 1 photo and 20£ for all of it”

I still haven’t decided if I wanted to buy the photos but 20£ seemed like a lot for 5 sheets of paper — even if it had my name on it. And, I was actually a United fan. I was planning an Old Trafford tour later and I made up my mind that it’ll be worth spending the money there for a similar souvenir.

At the exit, I was asked if I took any photos. I gave them the printed piece of paper and minutes later they returned with my photos neatly printed and stacked into a folder. It looked like this:

After looking at the photos, I was stumped. It was so real and even when I knew that it would look like this(they’d shown sample photos earlier), looking at the real picture made a hell a lot of difference.

That moment right there decided it for me. There’s no way I’m walking out of the place without these pictures. My mind started conjuring thoughts that would support my decision. Like: “What if Old Trafford did not have the option to take these pics? What if you don’t get to do an Old Trafford tour? What if..? What if…?” I handed over the 20£ happily and scooped up all 5 photos.

It made sense (at that moment) to pay the 10£ extra and get all of it! I even started encouraging the person behind me in the queue to take all the photos as it made sense.

They’ve done it. They made a sale and made me feel good about it. Ultimate victory.

Now let’s go back through the journey, look at what they did(or didn’t do) and how it can be applied to SaaS products.

A FREE trial Now this is important. If I had been asked to pay upfront to have my photos taken, I would’ve refused as I’d be paying for something that I can’t even see. Many SaaS companies get this part right, they offer a free “No Strings attached” trial of their product to anyone who’s interested.

Showcasing a potential end result The guy showed me what my photo could look like before I agreed to take a picture. If he had just explained what the photo could look like, I wouldn’t be interested as it is hard for me to visualise. Most companies do this part right as well either through a demo or videos on their website. This helps the potential customers look at what they could be buying.

Showcasing the ACTUAL end result Now this is the part that actually won me over. Showing me my personalised photos — with my face on it. Making me realise that the 20£ in my wallet is the only thing that stands between me and the photos. This was their masterstroke. Printing those photos out would’ve actually cost them (however small), it’s a risk. They printed it out even when they did not know if I would pay for them. If I chose not to, it’s a loss(however small) Most companies do not go that extra step to actually build out the solution(a personalised Proof of Concept) for their potential customers assuming that the effort involved might not be worth it if the sale does not happen. What they don’t realise is that building the solution could potentially make the sale happen.

I personally felt this method to be really powerful and effective. Yes, I did decide to go to the stadium tour so I was already bought in but I only decided to pay for the tour, not these pictures. It was the above approach that made me buy them. And remember, I’m not even an Arsenal fan.

One can argue that the effort(cost) involved is significantly lower than in a SaaS environment and hence lower risk. To me, if you’re not doing everything possible in your power to sell your product then you’re not doing enough :)