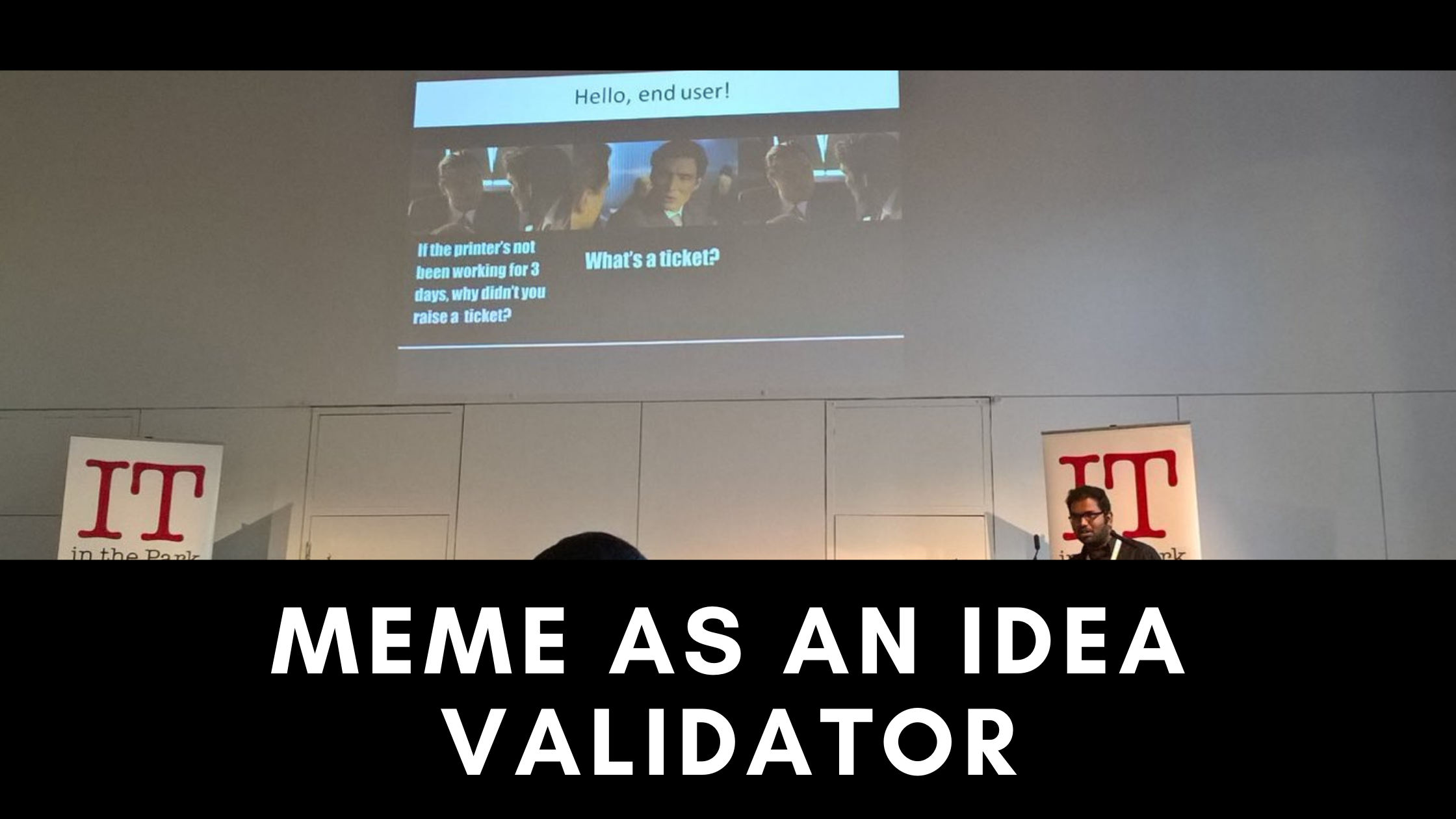 Meme as a Idea Validator

I use memes not because they’re funny. I use memes because that’s the only way I can get people to listen to me.

It’s 2016 and I’m an entry level consultant trying to help IT teams get better adoption of ticketing tools. The common problem they face is that end users don’t raise tickets but why should they? They’re focused on the wrong problem. I say this out loud and no one’s listening. Why would they? I’m just an entry level consultant who cannot possibly know more than the ‘experts’.

Later, as I was doing my laundry in the basement of my hotel in central London, I’m bored. The clothes are rotating inside the machine and I have time to kill. I take out my phone and browse through the MemeGenerator app. I make this meme and share with my friends at ITSM Tools, a popular industry publication.

It's Friday, so here's an #ITSM meme from @yenceesanjeev ... #FridayFeeling pic.twitter.com/Yc444YppUa

To my surprise, they publish it on their Twitter because they relate to the idea. That moment, my idea was validated.

I decided to double down. Every week, I’m making memes on things I observe at work. Surprisingly, it’s resonating with a lot more people. My ideas are valid, I’ve just not been communicating it right.

From then on, memes became my unique voice. It became a powerful carrier of my ideas. At industry conferences, I press the clicker and boom - there’s a meme on the huge screen behind me. The room laughs because they get it. Validation. The sweet sound of validation. For my meme, but more importantly for my idea.

Memes gave me a voice when I had no credibility. Sure, I could’ve published an article but who has time to read that? But everyone has time to look at a meme.

Memes is an underrated vessel to carry your idea. They’re often perceived as ‘entertainment’ but they can actually be educational. Because memes are universal, the core idea is instantly communicated. There’s no fluff.

Me at 2 PM not able to work on anything because I have a meeting at 3:30 PM pic.twitter.com/gzifVrZ4W4

I now know that this idea will resonate with people should I choose to do something with that information. Validation. And some laughs along the way, no complaints about that.

To everyone who has something to say, who believe what they have to say is worth listening to but cannot get anyone to listen. Try a meme. It worked for me.